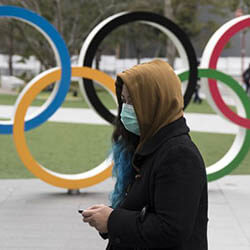 The COVID-19 coronavirus pandemic has left our national sports federations in limbo in terms of key Olympic Game Qualification events getting cancelled and our athletes being stranded overseas as border restrictions are in force.

The Boxing contingent has already had to suffer through a change of venue for its Qualification Tournament. The initial event was set to unfold in Wuhan in February, but was shifted to Jordan and got completed last week. Fighters got back on Friday the 13th, just before the mandatory 14-day self-isolation period got enforced. The last chance for those that missed out is a world event scheduled to take place in Paris from May 13 to 24, but the likelihood of this going ahead is slim.

All international camps and tournaments have been put aside for now and boxers will probably converge on the Australian Institute of Sport which recently instituted its own two-week isolation period for returning athletes.

Australia’s two Football teams are stuck in a holding pattern, with the two friendlies between The Matildas and the American and Canadian teams set for April cancelled. Although the Olyroos had nothing locked in, Graham Arnold was likely going to be taking his finest Under-23 players to the June Copa America, but this tournament is also on shaky ground.

Most of our top male and female golfers are based in the United States of America, where the PGA and LPGA Tours have both been suspended. The US Masters scheduled to unfold in Augusta next month has also been postponed.