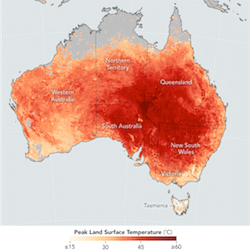 To Australians, summer means cricket and tennis. However, summer also means extreme heat temperatures that border on the inhumane. Just ask English cricket captain Joe Root and Australian Open tennis sensation Gael Monfils. Both nearly struck out in the midst of on going matches due to exceptionally high temperatures.

In fact, Joe Root did end up in the bunkers and later in hospital as a result of having dehydrated. Whilst it can be argued that the good captain was responsible for his own hydration habits, the role that the heat played cannot be ignored.

The question begs: how hot is too hot? When is it time to quit a match in progress due to extreme heat conditions?

A Potential Threat To Human Life

It’s no secret: extreme heat conditions can be fatal. Rugby League’s Kato Ottio passed away a couple of weeks ago after having contracted heat stroke during training. Fatal cases may be rare, but that does not mean that heat exhaustion isn’t every bit as dangerous as full-blown heat stroke. The Australian Open, especially, has produced many cases of players and spectators suffering severe consequences on and off the courts due to the heat.

The important thing to keep in mind is that a solution must be found not only for players, but also for spectators. Again, The Australian Open being a prime example. More specifically, the 2014 Australian Open. Melbourne experienced an extreme heat wave during that year and the fans were the ones to bear the true brunt of it all. Attendances declined rapidly as spectators collapsed in drones as a result of the heat.

Organisers went to work on the problem shortly after, and in 2015 Margaret Court received LEED Gold Certification. LEED is the industry certification power and rating system for green buildings. Rod Laver Arena, too, underwent some major changes. A larger open space was availed, offering more shade to spectators.

The Ashes Test and Australian Open serve as reminders that stadium design must take into account climate change in relation to what was considered extreme heat conditions a couple of years ago. The Ashes Test, especially, is a true reflection of just how wrong things tend to go when they do. The challenges experienced were real and potentially life threatening. It’s no longer possible to overlook challenges such as this one.

What’s more, the Australian summer is far from over. Better decisions must be made all round.