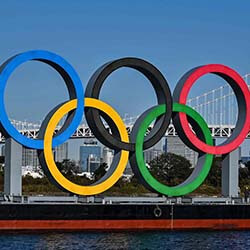 Brisbane is ready and able to host the Olympic Games in 2032 and has been promised to the International Olympic Committee as a certain partner even in uncertain times. So pledged Australian PM Scott Morrison before the IOC via a recent virtual session.

The Australian city was named as the IOC’s city of choice for hosting the 2032 Games late last month. Australia will now enter into detailed discussions with Olympic authorities before a final decision is taken and announced.

Morrison told the session that it had been a great honour for Melbourne to have hosted the Games back in 1956, and Sydney in 2000, and that it would be an even bigger honour for the country to host the global event for a third time in 2032.

The committee has in the meantime defended its choice of backing Brisbane’s Olympic hosting candidacy, effectively ending the hopes of all other bidders. According to IOC head of future host commission Kristen Kloster Aasen, Brisbane had presented itself in an excellent manner, and had made an impression on the committee by showing itself to be a potentially reliable partner in times of uncertainty.

According to Aasen, moving the proceedings to a stage of dialogue means progressing the project to its second phase. Aasen did however caution that this did not mean that Brisbane has already been elected Olympic host for 2032.

Other interested cities include Germany’s Rhine-Ruhr region and Doha, which is the capital of Qatar. Both have confirmed that they would continue their dialogue with the IOC.