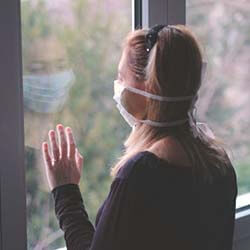 South Australia has decided to enforce its requirement of a double quarantine for athletes returning from this year’s Tokyo Olympics. The 16 sportsmen and women will have to spend 28 days in isolation, a ruling which has outraged the Australian Olympic Committee.

A standard 14-day quarantine was expected since this is the ruling in place for everyone entering Australia. The additional two weeks, however, is a directive the South Australian government has put in place.

Steven Marshall, SA Premier, let it be known that he would not be granting any exemptions, especially in light of the current seven-day lockdown the state is under. This is a result of a resident testing positive for Coronavirus COVID-19 even though they completed the initial two-week quarantine in Sydney.

Premier Marshall spoke to local media on Thursday the 12th of August 2021. He said that he well understood how difficult the additional 14 days would be for those who’d already suffered through the first two weeks. He stated that the decision was a difficult one to make but that is exactly what South Australia needs right now.

Although Premier Marshall said that most athletes would not need to quarantine in hotels and could spend the required period at home. But this is unlikely to placate the AOC, which has had a savage reaction to the decree. This is partly because, says AOC Chief Executive Officer Matt Carroll, that the body had been assured by the National Cabinet that this double quarantine would not be mandated.