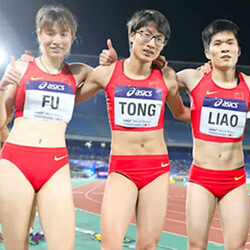 Researchers in Australia have found that female athletes have a higher rate of concussion along with prolonged recovery times. In recent years, Australia’s top female sporting codes are in a state of unprecedented growth. Next year, Cricket Australia is hoping to sell out their Melbourne Cricket Ground for the final of the ICC women’s T20 World Cup. Ten years before this, a few thousand had turned out to watch England play New Zealand for the decider of the last women’s World Cup that the country hosted, which took place at the North Sydney Oval, where tickets were free.

Where there has been many benefits to the increase in the boom that spanning sports, such as new Australian riles for rugby league, soccer, and rugby union, more women than ever before are dealing with one of the most common injuries in sports: concussions.

A new set of early data has added further credence to that theory. Jen McCloy, the co-founder of SidelinesDr, which manages first centralised database for all concussion-related statistics, stated that there is more data emerging that suggests that females show twice the incidence of concussions as compared to their male counterparts. She added that early data is also suggesting a difference between how long female concussion symptoms last, while male injuries seemingly heal faster.

Rowena Mobbs, a neurologist at the Australian Sports Brain Bank at the Royal Prince Alfred Hospital has said that female concussion is a complex problem that needs more future research.