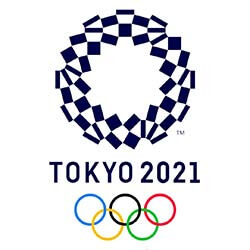 The decision, which has been speculated about for quite some time, isn’t altogether unexpected, especially given Japan’s ongoing struggles to contain a rise in infections. The country is unlikely to open its borders to foreign tourists by the summer, with the situation surrounding local infections previously described as “challenging” and of a massive concern.

IOC president Thomas Bach announced on the weekend that the organisers of the event wanted to provide clarity to international holders of tickets so as to enable them to make the necessary adjustments to their travel and accommodation plans. Bach confirmed that foreign ticket-holders would be refunded for the cost of their tickets in the event that those tickets were purchased via official channels.

The Olympic Games were originally set to be played in Tokyo last year, but were postponed due to the global health crisis, and are now due to begin on July 23. The Paralympics will be played from August 24 to September 5.

Bach explained that the decision to not allow foreigners to attend the Games was no easy conclusion. He said the IOC’s top priority is and will remain a safe Olympic and Paralympic Games for everyone – including the Japanese people.