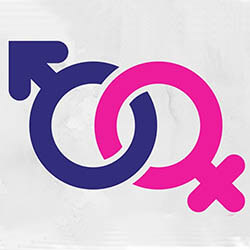 Australia’s tally of medals from the Olympic Games may well benefit from the push surrounding the tournament for gender parity. This includes two of the biggest sports at the event, Track and Field and Swimming, adding Mixed Team medals in Tokyo. The 2020 Games will feature double the amount of Mixed Events, with 18 gold medals becoming available over 11 sports.

In Australia, Swimming is already a force, but it could definitely see another gold medal being added to the tally with the introduction of the 4X100m Mixed Medley, which will feature two male athletes and two female. The country will start as favourites after winning the event at the Korea 2019 World Championships, with Cate Campbell, anchor, flying home to edge Simone Manuel, from America. It will be tougher in the Athletics arena, however, with the US expected to get the gold medal on offer for the first 4X400m Mixed Relay.

Ian Chesterman, Chef de Mission for the team, is hesitant to predict any positive impact on medal tallies right now, however. But he has said that two additional women’s events being added is welcomed by his team. The extra Mixed Gender events will create a thrilling new dimension to the Games; he’s been quoted as saying.

He stated that he won’t be drawn into predictions about medals being brought home just yet, but said that this new development showcases how unique the Olympic Games are and gives Australian sportsmen and women another opportunity to show how great they are.