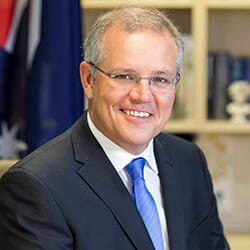 Australian Prime Minister Scott John Morrison has personally publicised sports endowments for clubs that fall within his constituency. He bragged that the programme is not about sport but community as he unveiled an AU$200 000 grant.

Morrison and Treasurer Josh Frydenberg made this announcement under the contentious AU$100 million programme being overseen by the Minister of Agriculture Bridget McKenzie. The Auditor-General has delivered a scathing report on this programme, finding that it has a strong distributional bias in favour of swing seats and suggesting that the Sports Minister in office at that time may well have not had the legal authority to even approve subventions.

The Australian Labor party stepped up its campaign against Morrison’s involvement, with Member of Parliament Brendon O’Connor is stating that it defies belief that the Campaigner-in-Chief of the 2019 election was not aware of how funding was being allocated. Morrison did later concede that his office had been involved, asserting that they passed on representations from MPs on projects for McKenzie’s consideration.

The Football NSW League posted a video to YouTube in September last  year showing Morrison officially opening the oval clubhouse for Lilli Pill FC and revealing precinct upgrades that were funded, in part, through the programme.