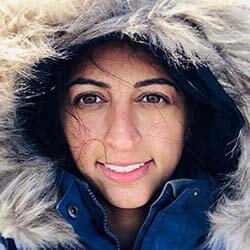 Britain’s Preet Chandi has just become the first woman of colour to cross Antarctica on her own. Chandi finished the great trek a week ahead of schedule as she endured sub-zero temperatures as low as -50C.

The Brit, who is a physiotherapist for the British Army, skied a total of 700 miles across Antarctica – a trip that lasted 40 days, seven hours, and three minutes. This performance saw her only just miss out on setting a new world record. She trails only the time set by Johanna Davidsson of Sweden, who finished the trek in 38 days, 23 hours, and 5 minutes (2016).

Chandi, who is also lovingly known as “Polar Preet”, also happens to be the first person (male or female) to reach the South Pole on foot since 2019. The Derby resident describes reaching her goal as a “surreal” sort of experience. She said reaching her goal had been daunting and tough, but that she had a great deal of help and support along the way.

In addition to the freezing sub-zero temperatures, the Brit also faced gale force winds of up to 60mph. She did all of this while pulling a 90kg sled across hard snow created by harsh weather conditions and winds.

Before she set off from Hercules Inlet on Nov. 24, Chandi had aimed to complete the journey in 45 days. To this end, she had carried rations sufficient to last her 48 days. Her daily distance of an average of 17 miles saw her finish way head of schedule.