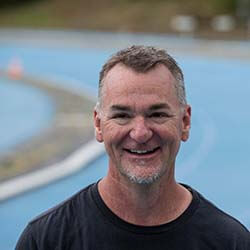 Leading track and field coach Rana Reider is being investigated by the US Center for SafeSport following several complaints of sexual misconduct, the sporting watchdog announced this week.

Reider is one of the biggest coaching names in world athletics. He has successfully led several big names to Olympic and World Championship glory, including 200m Olympic gold medallist Andre de Grasse and triple jump world record holder Christian Taylor. Other top athletes at the highest levels of the sport currently receiving training from him include Daryll Neita and Adam Gemili.

According to a tip-off received by a prominent British newspaper, both Gemili and Neita have now been cautioned by UK Athletics to break all contact with Reider. Should they fail to do so, their membership into the funded World Class Programme will be suspended with immediate effect.

According to feedback from Reider, he has not yet been informed of the investigation by SafeSport. He said that all further requests for comments should be directed to his lawyer, Ryan Stevens.

UK Athletics has in the meantime revealed that it has managed to complete its own “additional” due diligence investigation, during which process several issues have arisen regarding the support offered by members of personnel to athletes from the UK. It is for this reason the organisation said it had reached out to all UK athletes currently receiving training from Reider.