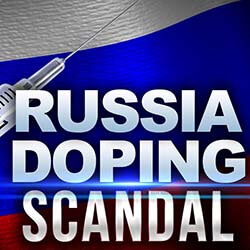 When the International Olympic Committee postponed a figure skating medal ceremony due to legal issues on Wednesday, few would have foreseen the real reason being yet another doping scandal involving a Russian athlete.

The athlete involved had been part of a team of skaters who competed under the flag of the Russian Olympic Committee. The team won the gold medal for a figure skating team event on Monday.

On Wednesday, a reported four Russian figure skaters failed to show up a planned training session.

IOC spokesperson Mark Adams revealed during a press conference on Wednesday that a situation had arisen at short notice, and that resolving the situation required legal input. Adams also said at the time that everything was being done to resolve the matter as speedily as possible. He also said while he could not at the time provide any further details, the postponed medal ceremony would be held as soon as the matter had been resolved following legal consultation.

Russian coach Tatiana Tarasova has in the meantime denied all allegations pertaining to doping. According to Tarasova, the skaters on the team are all “clean” competitors.

A story published by a prominent Olympics and Russian website has identified the skater who tested positive for an illegal substance as Kamila Valieva. The 15-year-old, who made history this week when she became the first female skater to land a quadruple jump at the Winter Olympics, reportedly failed a drug test prior to the competition.