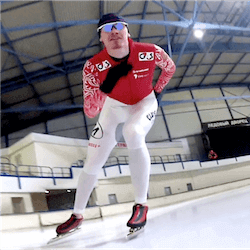 In a move that was sure to cause alarm among skating fans awaiting the 2018 European Speed Skating Championships, the International Olympic Committee (IOC) has banned Russia from official national competition in the 2018 Pyeongchang Winter Olympics.

The move left many fearing that the International Skating Union (ISU) would follow suit and withdraw the 2018 European Speed Skating Championships scheduled for Kolomna near Moscow from January 5-7, 2018.

Speed skaters Aleksandr Rumyantsev and Olga Fatkulina were two of the 25 Russian athletes disqualified from the 2014 Sochi Olympics and banned for life, after a mass Russian programme to mask doping in samples submitted to the IOC was revealed.

After a report by the recent Schmid Commission, the IOC decided that Russia was guilty of systemic manipulation of doping results, and that as a result the nation could have no official presence at the 2018 Olympics.

Russian athletes who meet a stringent set of criteria, including passing doping tests, will be allowed to compete instead as individuals, under the banner “Olympic Athletes from Russia”.

The fate of Rumyantsev and Fatkulina, who also had her Sochi silver medal in the Women’s 500m stripped, followed by a ban on Russia for the Olympics, had many skating fans worried about the future of the European Speed Skating Championships scheduled in the Kolomna Speed Skating Centre in January.

However, in light of the IOC’s decision, the ISU is only allowing the two events to go ahead in Russia under strict controls. Drug testing at both events will be handled by independent international drug sample collection bodies, not a Russian outfit, and samples can also be tested outside Russia at World Anti-Doping Agency-accredited facilities.