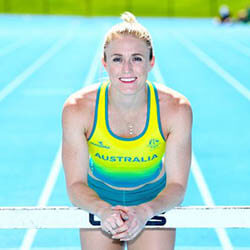 Australian 2021 Olympic gold medalist and world champion hurdler Sally Pearson has officially retired as an athlete following injuries that have proven to be persistent. Person, who won the 100m hurdles gold while participating in London 2012, will not be returning to defend her world title in Doha later this year in October. She has stated that six of her injuries in the past year has left her with major doubts that her body will be able to cope, with a year left before the start of the Tokyo Olympics.

Talking about her retirement, Pearson stated that after 16 years, it was time for her to hang up her spikes, adding that she was proud of her career and what she has achieved. The Olympic record holder made a comeback after 14 months in the 100m hurdles during the Australian national Championships that were held in April. She had missed the 2016 Olympics, along with the home ground Commonwealth Games that were held on the Gold Coast last year due to a torn hamstring. She described her missing of the events of devastating, and that her injuries have robbed her of the ability to compete any further.