Should Sports Seasons Be Unfolding as Usual? 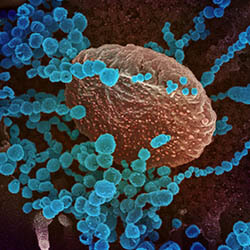 In September 2019, a crowd of more than 100 000 people were packed into the Melbourne Cricket Ground like sardines in a tin to watch the Richmond Tigers trounce the Greater Western Sydney Giants and claim the Australian Football League Premiership flag. But no one was around to witness them winning by 24 points in their recent game against the Carlton Blues.

AFL, National Rugby League, and A-League Soccer competitions are all going ahead despite heavy travel restrictions being implemented and bans of gatherings of more than 500 people at outdoor venues being instituted to deal with the coronavirus COVID-19 pandemic.

Although the NRL 2020 season kicked off with bums firmly on seats in the stadiums, this will not be the case going forward and there wasn’t a single paying spectator at the recent Sydney Olympic Park event.

That game was limited to a broadcast audience alone and Rugby League hooker and former captain Cam Smith has questioned the wisdom of keeping games going despite how easily the virus spreads. He’s received support from some fans on the topic and been criticised by others. The question of whether or not to play is dividing administrators, players, and supporters.

Sports fans are all taking to social media platforms to complain about the lack of atmosphere and total silence at the games, an obvious fact during the broadcasts. Many people feel that it would be better to postpone the leagues entirely in part because the lack of any kind of ambience makes watching the games feel like you’re watching practice sessions.