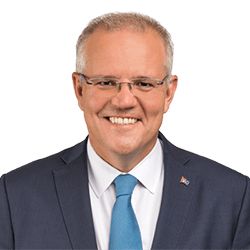 Sports fans are facing a lockout of as long as six months along with major pub restrictions as Prime Minister Scott Morrison puts strict measures into place to curb the effects of the coronavirus COVID-19 pandemic.

Addressing the media recently, Prime Minister Morrison has declared all non-essential indoor gatherings of more than 100 people illegal in Australia. External gatherings are limited to less than 500.

Prime Minister Morrison has said that it’s now up to the Australian Football League, the National Rugby League, and other major sports bodies to decide whether their competitions will go ahead. It’s thought that these broad restrictions will be in place for at least the next six months, but Prime Minister Morrison intimated that it might be longer or shorter than this, however, given the volatile nature of COVID-19.

He stated that the Chief Executive Officers of the AFL, NFL, and others will need to privately decide how best to go forward but they’ll have to strictly comply with the health rules and guidelines that the Australian government has set forth.

Australia has closed its borders to all non-citizens or residents, which will become effective from 21:00 on March 20 and there has been no indication of what the trigger that lifts these measures will be. A COVID-19 vaccine is likely between 12 and 18 months away and that health authorities expect the virus to be with us for a long time. A bigger stimulus package is likely in the works and income support measures are on the table.