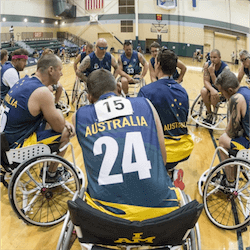 Teams Gear up For Invictus Games in Toronto

Inspired by his trip to Colorado and the Warrior Games in 2013, Prince Harry wanted to use the power of sport to inspire recovery and rehabilitation to injured service personnel. The result was the formation of the Invictus Games where sportsmen and woman could compete on an international level in a range of adaptive sports. In May 2016, it was announced that Toronto would host the 2017 Invictus Games.

The games will officially commence on the 23rd of September 2017 and run until the 30th of September. The week-long sporting competition will see a total of 550 athletes from 17 nations compete in a total of 12 adaptive sporting events. Adaptive sport or Parasport is a term used to describe a competitive sport for disabled individuals. This year, there the number of sports has expanded to a total of 12 with Golf becoming the latest addition.

The 2017 Toronto Invictus Games will showcase the best servicemen and woman athletes from around the world. The following sports will feature at the games: