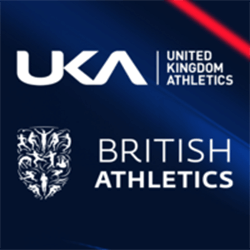 Legal action is apparently on the cards after UK Athletics were this week informed by the London Legacy Development Corporation that this year’s Anniversary Games can no longer be hosted by the London Stadium in July. The corporation this week told UKA that converting the stadium from a football to an athletics stadium and then back again was too expensive to foot at this present moment, with costs anticipated to reach around £3 million. The event would therefore have to be staged either in Manchester or Gateshead instead.

UKA chief executive Joanna Coates this week said the move would risk affecting athletes’ pre-Tokyo preparations, as well as potentially trash the London 2012 legacy. Around 25k fans were anticipated to watch Britain’s best athletes in full action at the Diamond League event, which had been scheduled for July 13.

According to Coates, she’s of the firm opinion that the organisation has a watertight legal case to go on – especially since there’s a 50-year contract of guaranteed use in place in favour of UKA. She said this week they’ve no intention of simply walking away from the issue defeated, and especially not after the outlandish way in which the entire situation had been dealt with.

Coates added that the timing of the announcement only added insult to injury. She said that being informed of this sort of news in April, when the Olympic Games are already due to be played in July, is anything but acceptable.

She described the news as devastating for all involved.