Ukactive Chair Calls On PM To Do More 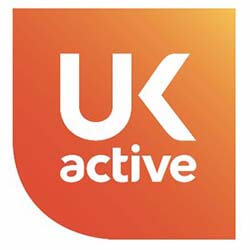 The world of sport and physical exercise continues to suffer from the ongoing effects of the global health crisis. And according to a warning issued by Dame Tanni Grey-Thompson, Chairperson of ukactive, issued this week to British Prime Minister Boris Johnson, should government not provide more financial support to sporting institutions, more than half of all public leisure facilities in England could shut their doors permanently in the next six months.

According to Grey-Thompson, to date, more than 400 pools, community centres, and gyms have already closed down as it is – with many more expected to travel the same beaten path should a remedy not be made forthcoming soon.

Said the ukactive Chair, the fear is now that more than 2,000 more gyms and other sports and recreation facilities could go bust in the very near future. Grey-Thompson described this reality to be the cause of a grave fear most of the industry over, and that such closures will only lead to a widening of already out-of-balance health inequalities across Great Britain.

The ukactive Chair voiced her concerns in a strongly-worded letter to the PM, while calling on the leader to make some sort of a personal interventional so as to ensure government honours its prior promises for a “healthier” nation supported by government funding.

Grey-Thompson referred in her letter to the PM also to the Queen’s recent speech about government’s prioritisation of a national recovery from the global crisis that will bring about a stronger and especially “healthier” UK.