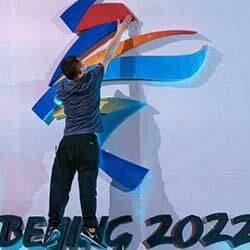 A groundbreaking and potentially controversial policy announced by the US Olympic and Paralympic Committee earlier this week means US athletes hoping to compete in the 2022 Winter Olympics will have to provide proof of full vaccination.

What’s more, according to certain details outlined in a letter obtained by the Associated Press this week, which letter had been drafted by CEO Sarah Hirshland, the organisation will begin on November 1st, require all parties wanting to use USOPC training facilities to be fully vaccinated also. According to the letter, this requirement will also be extended to the full US delegation competing in all future Paralympic and Olympic Games.

According to information published on the official Team USA website, however, proof of vaccination will be required to be in place by no later than Dec. 1. The expectation is for the United States to send a delegation of at least 240 athletes to the 2022 Winter Olympics. The Games are scheduled to kick off on Feb. 4, 2022.

While the IOC did not require athletes to be vaccinated ahead of this year’s Summer Olympics, it later estimated that around 83% of US athletes that participated in the Games were in fact fully vaccinated.

Americans who spoke openly about not being willing to undergo vaccination included Bryson DeChambeau and Michael Andrew.

Hirshland said that while the hope had been that restrictions would be lifted already before the Tokyo Olympic Games, the harsh reality that has since then emerged was that the global health crisis is actually far from over.