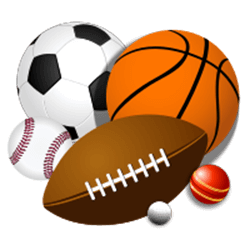 Thanks to the easing up of restrictions on sport during the novel coronavirus COVID-19 pandemic, certain major sporting competitions are getting ready to resume, and soon.

The planned restart for Rugby League is the 28th of May, with players already reassembling at their clubs this week. Monday was spent learning the strict new measures around biosecurity and Tuesday implementing the required changes to the domestic game to make sure a truncated season can begin. Athletes are getting back to the training pitch today, with federal guidelines limiting contact work and keeping groups to below 10.

Australian Rules Football has not officially announced a date for restarting, but it looks likely that this will begin by the end of next month. Thanks to travel restrictions easing up, most clubs have started recalling their players from interstate breaks. It is hoped that training will resume next week in accordance with the Return to Sport plan the government is working on.

Rugby Australia has submitted its Return to Play document to the necessary authorities, but the Rugby Union code is not expected to start again until July. RA’s Return to Play Committee worked on the official paper which includes guidelines, biosecurity issue details, and the required medical provisions around resuming training.

A-League Football clubs are readying for contests to restart in August, with Wellington Phoenix preparing to spend their two-week quarantine in New South Wales. Football Federation Australia has not yet officially detailed the League’s resumption, however.