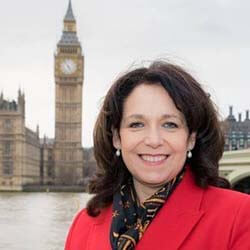 Going forward, England’s professional female football players will enjoy maternity cover as well as long-term sickness insurance as part of their contracts. The landmark decision was hailed a massive step forward by MP Julie Elliott, who had led the debate before parliament.

The ruling means such cover will for the first time ever be extended to players in the Women’s Championship and Women’s Super League.

A previous decision made by the FA in March 2020 meant maternity cover would be left to the discretion of individual clubs. FIFA announced around the same time that it planned on introducing a set of “minimum rights” to be rolled out globally. This set of rights included measures that would allow the world governing body to impose transfer bans and even fines on those clubs found to have discriminated against players during pregnancy.

Even so, FIFA’s proposal of 14 weeks paid maternity leave with at least 8 of those weeks after birth, and at two-thirds of a player’s usual salary, had been criticised as being not good enough.

At the time, Watford striker Helen Ward used the example of top US player Alex Morgan, who returned to action with Tottenham seven months after her daughter was born in May 2020. Ward said with Morgan being a top player and having only the best access to support and staff around her, it should be expected that it would take others even longer to return to business as usual after pregnancy.