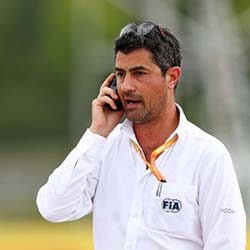 In a move regarded by many to be a controversial one, and even a form of acknowledgement of error, the FIA this week announced the dismissal of Australian-born race director Michael Masi.

Masi played the leading role in bringing about a contentious ending to last year’s F1 season finale at Abu Dhabi.

The FIA said two replacements have already been named to be appointed in Masi’s role, namely Niels Wittich and Eduardo Freitas. It also this week announced several new structures and race protocols, including a race control unit that will function in the same way as what VAR does in football.

The FIA has however still not made public the report of its investigation into all that happened in Abu Dhabi. Masi’s level of culpability in the making of a decision that saw Lewis Hamilton forfeit a record 8th world title has also not been addressed by the sport’s governing body.

According to FIA president Mohammed Ben Sulayem, while Masi has been dismissed as race director, he will be offered an alternative post. Masi took over as Formula 1 race director following the death of Charlie Whiting in 2019.

The FIA also confirmed this week that Freitas, a respected race director for the world endurance championship, and Wittich, who is the race director of the DTM, will alternate in their new position as joint race directors.

Another change to be put into place is a review of the lapping procedures, the FIA has said.