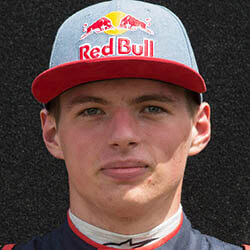 Red Bull driver Max Verstappen has scored one of the biggest pay days in the history of Formula One. Verstappen recently signed a new deal understood to be valued at a whopping £40 million that will secure him to drive for Red Bull for the next five years.

Verstappen’s salary increase is equal to that of Mercedes driver and former world champion Lewis Hamilton’s £80 million two-year deal expiring at the end of 2023.

The 24-year-old’s big reward comes in the wake of his beating Hamilton to the world title at Abu Dhabi last year. Team Red Bull is expected to announce Verstappen’s deal some time this week.

While both Mercedes team principal Toto Wolff and Red Bull boss Christian Horner have long been admirers of Verstappen, relations between the two soured heavily after last year’s controversial end to the season.

Verstappen made his big F1 debut at the age of only 17 before becoming Formula One’s youngest winner only a year later alongside team Red Bull. He has maintained right from the start that he would be eager to stay on with the team for as long as they provided him with the right type of machinery capable of winning world championship titles.

The Dutchman will begin his championship defense when the new F1 season starts on March 20 in Bahrain.

In other news, Russian driver Nikita Mazepin will not be permitted to compete at the British Grand Prix following Great Britain’s ban on Russian competitors.