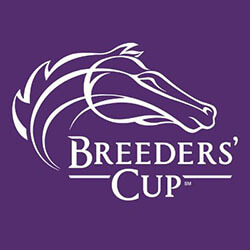 It was a big day for the favourites at the 2018 Breeders Cup, especially on the second of the two extremely busy days at Churchill Downs in Louisville, Kentucky. Favourites led most of the races, winning the final three, with Accelerate claiming the Breeders Cup Classic. Many took to social media to express their thoughts on Accelerate’s win, with one spectator saying that his name would be forever etched into history, one of many praises the winner has received.

Accelerate, who was a 5-2 favourite for the Classic, ended the race to cheer from the crowd as he overtook Thunder Snow and Gunnevera to nab the $6 million Cup. Contenders for the classic were not as strong after Triple Crown-winner Justify went into retirement earlier this year in July with an ankle injury preventing the former champion from having a go at the grand slam.

Enable was also an even-money favourite in the Turf, and fended off Magical Down in the last stretch of the one-and-a-half mile track. Monomy Girl was the 2-1 favourite for the $2 million Distaff, sailing to a win and earning her fifth Grade 1 victory. Monomy Girl trainer Brad Cox told reporters that she ran the way that she had been trained, and that she was a one-of-a-kind filly.