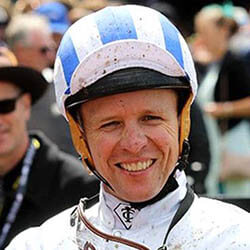 Melbourne Cup runner-up Kerrin McEvoy won’t be quite as quick on the whip in future after being slapped with an enormous $50,000 fine as well as a 13-meeting suspension for over-whipping during Tuesday’s race. McEvoy, who had whipped Tiger Moth a shocking 13 times over a distance of only 100m run, pleaded guilty to the charge raised against him. McEvoy whipped the racehorse at least 21 times overall.

Though riders are allowed to strike their mounts, the number of strikes may not exceed a total of five times before the 100m mark has been reached. As such, McEvoy’s actions are considered a gross defiance of the rules of the sport. He will now have to sit out on all meetings up to and including November 14, 2020.

The fine and suspension penalty handed to McEvoy is the second punishment of this nature handed down to a jockey this month. Fred Kersely last week got slapped with a $10,000 fine along with a 10-meeting suspension resulting from overuse of the whip at Derby Day. A third jockey, Daniel Moor, on the very same day got wacked with a $1,500 fine and 12 meetings sat out because of a similar offence.

McEvoy and Tiger Moth finished second in Tuesday’s Melbourne Cup race – left behind only by Jye McNeil and Twilight Payment.

The Twilight Payment-win was however largely overshadowed by the death of Tiger Moth’s stablemate, Anthony Van Dyck. The 2019 Derby winner tragically had to be put down following a bad fall in the home straight that ultimately saw him breaking one of his legs.