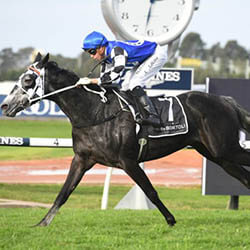 Although they differ about how to spell their Christian names, Chris Waller and Kris Lees seem to have a lot in common when it comes to the chances of taking first place at Rosehill’s upcoming WJ Mckell Cup.

The two trainers have the odds heavily weighted in their favour in the Listed Race, with the two pioneering stables responsible for 11 of the 14 runners appearing.

Waller has six horses who could be responsible for his first-ever win in this race, and Lees has trained five stayers who’ll have the same goal. But while the law of probability tells us that one of these two fine mews will produce the champion, Lees is waiting to see. He spoke of previous race results showing us that nothing is a given in this industry.

Lees’ armoury is led by Attention Run, an early favourite thanks to the brilliant win in her last start in a campaign that got restarted after she failed to come up in autumn. She’s a Group Three placegetter who’s proven she can handle the upgrade in stakes, but Lees would have liked to give her over 14 days between runs.

He said that Attention Run has got track conditions to suit, has won at the track, and will appreciate the extra distance. But he would have liked to have had her runs be a little more spaced.

Sixties Groove, Attention Run’s stablemate, is also looking good on the fourth line of betting, and Lees sees this Brisbane Cup 2019 champion as a major threat.