All About TABtouch Perth Cup Day 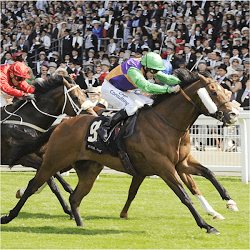 See in the New Year with TABtouch Perth Cup Day

This years TABtouch Perth Cup Day will close off 2016 with a bang, as it’s scheduled for the 31st of December. The race day starts at 11am and ends at 8-30pm, but it’s almost certain that the party will continue late into the night, and that Perth’s Ascot racecourse will be host to a rocking New Years Eve event.

The Perth Cup was first run way back in 1887 over 2 miles. It went on to have 11 yards added for a few years, before reverting back to its previous course. However, when the metric system was introduced the 2 miles became 3200m, and in 2009 the length was again changed to 2400m, in the hope of encouraging a higher calibre field. Today, the race remains at 2400m and every inch of turf covered is one that’s packed with action, suspense and entrainment.

Placing bets on TABtouch Perth Cup Day is a popular activity, and looks set to be even more so this time around, as its year-end timing is sure to catch people in high spirits. For the avid punter, or those who like to bet with a little more than just luck, traditionally there are 2 key races that directly relate to the main event and that should be considered when wagering.

The Perth Cup is the first of these, and this event is a precursor to the WATC Derby, a race that’s run over the same course and distance, but is held in April. The performance of horses here should be noted, as they will give punters an inkling as to how they could fare in Perth Cup Day. The second race to keep an eye on is the C B Cox Stakes that’s run 2 weeks prior to the Perth Cup. This race has often proven to be a keen indicator as to who stands a good chance of crossing the finish line first at Ascot, and in 1989, 1992, 1994 and 2008 the winner of the C B Cox Stakes also won the Perth Cup.

Interestingly enough there have been 2 TABtouch Perth Cup Day’s in 2016, as due to its year end timing there was also one held on the 2nd of January. The Australian racing calendar simply worked out this way, and it’s almost certain that not a single punter is complaining!

If you are near Perth this event is one that shouldn’t be missed, and along with the races the day will also be filled with live music, great food, plenty to drink and a number of betting options that could see you end your year on a high note.