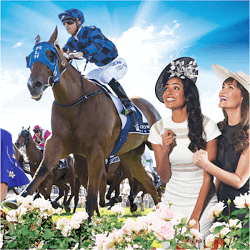 The Crown Perth-Winterbottom stakes day is a live racing event held at Ascot Racecourse in Perth. The Winterbottom Stakes is a group 1 horse race that is held in November each year. It forms part of the famous Perth Summer Racing Carnival and attracts visitors from all over the country. The race is run under weight-for-age conditions over a distance of 1200 meters. It is considered to be one of the premier races of the Carnival and is worth $750,000 in prize money. This year the race is set to take place on the 26th of November and promises to be an exciting and enthralling event.

The Crown Perth-Winterbottom stakes day takes place on the second day of the three-day event and coincides with the group 1 Railway Stakes run on the same day. The first Winterbottom Stakes race was held back in 1952. It was first won by a horse named Raconteur. At first the race started out as a 1400-meter race but was shortened in 1994 to the distance of 1200 where it stands today. Traditionally held at the Ascot Racecourse, the Winterbottom stakes had a brief stint at the Belmont Park Racecourse in 2003 before switching back to the Ascot. In 2011, the race was promoted to Group 1 Status making it one of Australia’s premier horse races.

In general, the horses that run in the Crown Perth-Winterbottom stakes day race come through via group 2 races such as the Lee Steere stakes and group 3 races including the Colonel Reeves Stakes. Horses that show outstanding performances at the Winterbottom stakes go on to run in the Group 3 AJ Scahill stakes which is run in December. Most of the horses in the race are made up local runners as well as a number of horses that have come through from successful Melbourne and Sydney carnival racing campaigns

There have been a number of notable horses that have taken first at the Crown Perth-Winterbottom stakes day event. In 1970 and 1971 it was La Trice that took the honours. In 1987 Placid Ark blasted past the competition and in 1992 it was Barrosa Boy who claimed first. The first winner of the new century was Noble Sky in 200 and in 2005 it was Miss Andretti. In 2008 Takeover Target claimed first followed by Ortensia in 2009.

The 2016 The Crown Perth-Winterbottom stakes day event will feature a diverse field of runners from both western and eastern Australia. It is a popular race for talented horses from the East to arrive and run alongside the Western field.