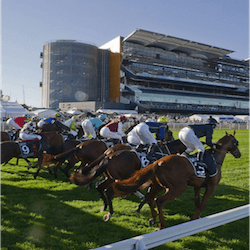 Egg Tart, trained by Chris Waller with a career record of 9: 6-1-1, will not be able to delight Australian punters in the venerable Epsom Handicap at Royal Randwick on Saturday. The 4-year-old mare was withdrawn after acceptance, because an irritation in her near side eye won’t clear up.

She’s one of four post-acceptance scratchings to hit the historic miler: Embley, I Am A Star, and He’s Our Rokkii have also been withdrawn. That leaves just 10 horses competing in the million-dollar 1600m Group 1 handicap.

Four of them are trained by Waller: McCreery at $13.00, joint $6.00 second-favourites Tom Melbourne and Comin’ Through, and Foxplay; currently fourth in the betting on $8.00. The race favourite is 7-year-old gelding Happy Clapper, trained by Patrick Webster, at $2.60.

Waller’s Top 3 in The Metropolitan Betting

The Metropolitan Handicap also has a proud history at Randwick; like the Epsom, it dates back more than 150 years. The scratching of Amralah has left 11 horses in the hunt for the 2400m Gr. 1 handicap’s $750,000 prize money.

The third important race on Randwick’s Saturday card is the $500,000 Flight Stakes. Celebrating its 70th anniversary this year, it’s still a relative spring chicken compared to the other two. The 1600m Gr. 1 set-weights handicap is restricted to 3-year-old fillies, and it attracts some very promising talent.