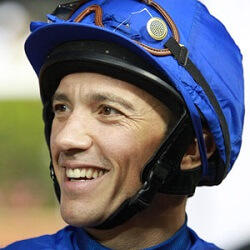 Frankie Dettori will not be taking part in the King George VI And Queen Elizabeth Stakes this year, as well as the Qatar Goodwood Festival. The rider was issued a 10-day ban after he rode past a number of stewards at Newmarket, which officials feel was careless and caused interference.

Dettori’s troubles started after his run with Angel’s Hideaway during the Duchess of Cambridge Stakes. Angel’s Hideaway had veered to the right while under pressure during their run with a furlong left in the race. The event itself was a six-furlong Group Two contest, and had Le Pelosa and Main Edition suffering from interference as they fell behind the rest. John Gosden finished in second place after Pretty Pollyanna took the winning position.

The stewards told reporters afterwards that they felt the interference had not help in the placing of Angel’s Hideaway. They stated that Dettori’s ban came after he allowed his mount to move to the right without sufficient correction, which resulted in Chicas Amigas being checked and caused considerable interference to both Main Edition, as well as to Le Pelosa.

Had Dettori not received the ban, he would have been expected to ride Gold Cup winner Stradivarius in the Goodwood Cup, and once again in the Sussex Stakes riding Without Parole. The 10-day ban means that Dettori will need to make alternate plans, although there is the possibility that he might pull out from the King George VI And Queen Elizabeth Stakes altogether.