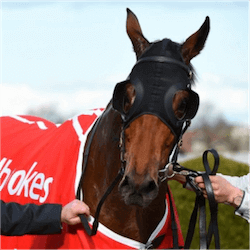 Savile Row was the fancied 3-year-old in the New Zealand Derby, run on Saturday, the opening day of Auckland Cup Week at Ellerslie Racecourse. Many Australian online betting fans, like other racing enthusiasts around the world, had their hopes pinned on KJ Hickman colt for the million-dollar race, after he achieved two wins, three seconds and a third in his first seven starts.

Sadly, despite his favourite status at a starting price of $3.80, Savile Row could only manage 12th of 18 on Saturday. The 2400m Group 1 New Zealand Derby instead surprised punters, with two sons of prolific sire Iffraaj taking first and third places. Local racing fans will also have been cheered by Australian gelding Rising Red’s second place.

Te Akau-owned gelding Gingernuts, the second-favourite after his surprise win of the Group 2 Avondale Guineas at Ellerslie two weeks ago, was first past the post again in the Derby, at a starting price of $5.40. The win brings his career record to four firsts and one second in seven starts, so he is shaping up to be a horse to reckon with in future.

Jockey Opie Bosson positioned Gingernuts perfectly from the start, just ahead of the midfield and one off the fence. From the 800m mark, he began moving up strongly, at first trying to go inside Savile Row while the favourite ran wide, and then switching to an outside line after Savile Row began moving in again.

When the favourite again began moving outside, Bosson had to take an extremely wide line to avoid a collision, but Gingernuts powered through beautifully to challenge front-runner Rising Red, overhauling him in the final metres to win by a length.

Gingernuts’ Te Akau stablemate and half-brother, Jon Snow, on a starting price of $29.50, surged ahead of rank outsider Beaumarchais at the post, to take third by a nose. The double triumph saw the principal of the Te Akau racing syndicate, David Ellis, reduced to tears of joy in the winner’s enclosure.