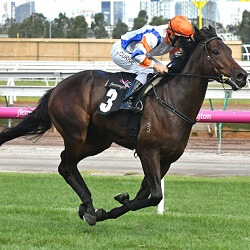 Trainer Tony McEnvoy has spoken out about his decision to bypass the opportunity to race Hey Doc in the Newmarket Handicap and instead, opt to have him run in the William Reid Stakes that will be held at Moonee Valley on the 23rd of March.

McEnvoy said that his reason for keeping Hey Doc off the track came down to some muscle stiffness, and that he’d rather have given him time to recover than race him. McEnvoy said that Hey Doc’s muscular stiffness seemed to be very much in his pectoral muscles, which was highly unusual. He thought that at some stage he must have done the splits, or, when jumping out the gates he managed to over reach and pull something. He wasn’t comfortable that the horse’s muscles had settled down enough to run, and made the decision to opt for the William Reid takes over the Newmarket as he wanted the extra recovery time.

Already a multiple Group 1 winner, Hey Doc will now have plenty of time to recover and take to the field fresh and hopefully, with no stiff muscles!

Hey Doc will be in good company when he takes to the track at the William Reid Stakes, as he will be joined by Chautauqua and She Will Reign. Both these champions have seen their campaigns change in recent days, and they will be competing alongside Hey Doc for a shot at the title.

McEnvoy is excited about the race, and hoping that despite the fierce competition, Hey Doc will end up leading the field.