All About Inglis Villiers Stakes Day 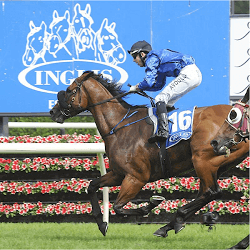 Get Set for the 2016 Villiers Stakes

This weekend racing heats up in Sydney once again, as it’s time for Inglis Villiers Stakes Day. This highly anticipated event takes place at one of Sydney’s premier racecourses and the highlight is the Group Two Villiers Stakes, with a prize pool of a whopping $250,000.

Gates open at 11-30 at Sydney’s Royal Randwick Racecourse, and along with the days races there’s also plenty to see and do. The iconic venue is one of the worlds most highly regarded and perfectly pairs history and tradition with excitement and innovation.

On Saturday Santa will make his entrance via helicopter and a jumping castle and play area has been set up for the kids, whilst adults can take advantage of the numerous bars and facilities, and watch the action on the track, or on the largest super screen in the Southern hemisphere.

A Race that Demands Attention

Following on the heels of the Epsom Handicap and the Hawkesbury Gold Cup that are run in November, the Inglis Villiers Stakes are also the ideal stepping stone for later, longer races such as the Summer Cup that’s run over 2000m.

The Inglis Villiers Stakes was first held in 1892 and as won by a horse by the name of Two Up. The race was initially run over 6 furlongs and in 1902 this was increased to 8, before being converted to the 1600m it remains today.

The race reached its current Group Two status in 1986 and has remained as such since. The only year that this prestigious race has not been run was in 2007, as an equine influenza outbreak posed too much of risk and it was decided that a cancellation was in everyone’s best interests. Thus, there were two editions of the Inglis Villiers Stakes Day held in 2008.

Over the years a number of notable horses have won the race, including Ikes Dream in 2004, and Palacio De Cristal in 2009. The field for the 2016 Inglis Villiers Stakes will be released on the 14th of December and racing fans are eagerly watching to see who is included in the line up.