Jockey Banned For Placing Bet On His Own Horse 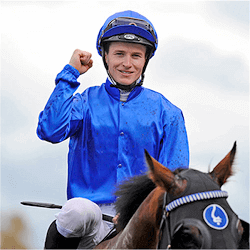 Australian star jockey James McDonald has been disqualified from racing for 18 months after pleading guilty to betting on his own horse. McDonald reportedly made a total of $4000 on a $1000 bet placed on his behalf. McDonald, who had a sensational racing season last year, pleaded guilty to the rule AR 83 (d). The Sydney champion was charged with having a $1000 bet placed on his behalf by a professional punter Anthony Gardiner.

The bet was placed on McDonalds horse Astern who made his debut at Randwick in December 2015. Before the race, Astern’s odds firmed from $4.60 to $3.50 prompting punters to reconsider their betting options. McDonald rode Astern to Victory, picking up $4000 on the bet placed his behalf. According to the rule AR 83, the minimum penalty for riders found guilty is two years’ suspension unless race stewards establish special circumstances.

According to reports, race stewards considered all the factors when deciding his fate. They took into account the size of the bet place, the fact that it was his first and only offence and the nature of his character. The result of the steward’s review benefited McDonald with a six-month reduction from the maximum two-year ban from racing. McDonald’s suspension officially started on the 15th of November this year and will expire on in May 2018.

According to Mathew Stirling, McDonald’s legal counsel, there were plenty of special circumstances to take into account. For starters, McDonald pleaded guilty to the charge and he co-operated with the stewards from the start of the investigation. Stirling used a previous case to boost his argument citing evidence where in 2012, Damian Oliver was suspended for 10 months for having a bet on a rival runner. His pointed out that stewards should not automatically start with two years when looking at reducing McDonald’s penalty ban.

Since being found guilty, McDonald has since donated his winning from the illegal bet to a local children’s charity. For his part, Stewards found that professional punter Anthony Gardiner made a total of $125,000 in profit for bets placed on Astern December last year. Other races were also investigated where Gardiner placed large bets on Astern to win including the Golden Slipper and Golden Rose. However, there was no reason to believe that McDonald was involved in any of the bets at the time.