Kingston Town Classic Race Round Up 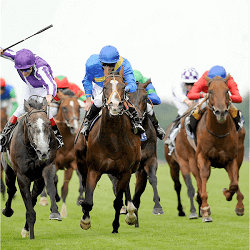 Trainer Darren Weir, he of the Melbourne Cup win, had his first starter in Western Australia, and it just so happened that it was the winner of a Group One race. This was the 1 800 metre Peter Investments Kingston Classic Day race, and Stratum Star and Western Australian native Damian Lane, won by a very narrow margin.

However, the post-race talk was very much centred on Scales of Justice, the runner-up in the race, and his rider Douglas Whyte, thanks to the fact that the latter found himself in trouble with stewards after he was charged with not riding his mount to the end of the race as he was obliged to do under the race rule A.R.137 (b). Douglas Whyte pleaded not guilty, however, and the case ended up being adjourned.

Weir, true to form, proceeded the presentation of the trophy by discreetly making his way to the Stone Motherless Bar and shouting the public with free drinks for most of the evening.

Good Project had a scratched result –last year’s winner of the Railway Stakes was removed from the race before it started after giving in to hoof soreness, and Ihtsahymn ended up at 11th place. He made his move at around the 400 metre mark, but could not really be said to have gotten into the race at any stage of the proceedings, and accomplished nothing near his 2013 win.

Stratum Star in first place had his run of the race from the first barrier thanks to Damian Lane’s positive ride, with the horse placing at a box seat behind Mackintosh. Upon turning for home, Lane managed to get the entire off the fence around Mackintosh and Scales of Justice’s heels, before battling it out in the straight with Scales of Justice. The hard riding accomplished by Lane allowed him to just grab Scales of Justice on the finish line.

Kawi came fourth, jumping nicely and travelling well in the run under the steering of Michael Walker, but, after being obligated to make his move around the 600 meter mark, the celebrated galloper did not manage to finish off in the race’s straight, toiling away instead for a perfectly respectable fourth.

Disposition arrived in tenth place, looming in on the straight inside Kawi, looking like he was going to be able to present a challenge in the finish, but failing to do so in the end.