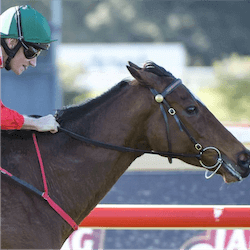 The 1800m Group 3 La Trice Classic is the Ascot miler that gets most of the attention on Perth Cup Day, apart from the name race, from Aussie online sports betting fans.

Back in pole position to welcome the New Year on January 1 this year, the 2400m Gr. 2 Perth Cup delivered a nail-biting finish, with Material Man clinching it by the sniff of a nose from Pounamu.

In contrast, I’m Feeling Lucky’s win by a length in the 2018 La Trice Classic looked more comfortable, although the first four past the post were all jammed into two lengths.

Race favourite Silverstream, who started at $2.15 in the betting, finished fourth, while I’m Feeling Lucky rewarded those who backed him with a tasty $9.00.

The La Trice Classic proved the only win of the day for trainer Smith and jockey Lee Newman. Smith, however, also bagged one place, thanks to Paris Texas finishing second in the sixth race.

The La Trice Classic is restricted to fillies and mares three years old and older, and with her win on Monday, I’m Feeling Lucky claimed the record as the oldest horse to win the race since its inauguration in 2003.

The seven-year-old is one of only two mares older than five who have won the Classic, after six-year-old Mabel Grace took it in 2013. Apart from Impressive Jeuney, who became the only three-year-old to clinch the Classic in 2009, every other winner has been four or five: seven four-year-olds, and six five-year-olds.

It was a maiden La Trice Classic win for both jockey and trainer. Peter Knuckey, Shaun O’Donnell and William Pike have all ridden two La Trice winners apiece, while the most successful trainer in the race’s history is Silverstream’s trainer, Adam Durrant.

Durrant has won four Classics, including both of Knuckey’s victories: on Keyton Grace in 2007, and Russian Playmate in 2008.