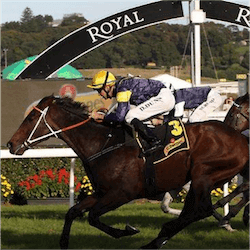 The $2 million Schweppes Sydney Cup is coming up at Randwick racecourse this Saturday, the 18th of April, and a number of outstanding horses are set to prove their worth. In the group 1 3200m event, many eyes are turning to fur year old horse Tally, who has been favoured to make a great performance, or even bag the first prize.

Trainer John O’Shea had a lot to say about Tally, and why the horse is sure to turn heads. He was first quick to remind that Tally took a first place win recently at the $300,000 Ladbrokes Mornington Cup, which is no small task. But it was not just the horse’s performance that made him optimistic about Tally’s showing in the Sydney Cup. It was a fact about the handicapping that really had him excited.

He explained that Tally had been given a handicap of 59kgs at the Mornington Cup, and has still managed to pull off a victory. For the Sydney Cup, however, the handicap is going to be reduced to 56kgs. In the world of horse racing, this not an insignificant change in the handicap weight.

On the other hand, the Sydney Cup will be the first time that Tally is running a 3200m event. The previous win at Mornington was a distance of 2400m, meaning that the Sydney Cup is has an added 800 meters in distance. This is also not an insignificant change in the world of horse racing.

O’Shea, however, was quick to declare he believed Tally could easily handle the extra distance at the Sydney Cup, especially given the change in the handicapping weight. “It’s his first run at two miles,” O’Shea admitted, “but we’re optimistic that he can run the trip.”

It all sounds promising, but let’s have a quick look at some of Tally’s previous performances. We see a third place finish behind Tavago and Jameka in the 2016 BMW Australian Derby, also a 2400 meter race. And another third place finish at the Melbourne Spring Carnival, a 2000m race, running third behind Hartnell and Jameka.

There is no clear indication of how the added distance but reduced handicap weight will effect Tally at the Sydney Cup on Saturday, but it will certainly be interesting to see how the horse responds to these changes in conditions. Wither way, trainer O’Shea is heading into the Saturday event loaded with enthusiasm and ready to prove that Tally can be a winner, whatever the overall race distances involved.