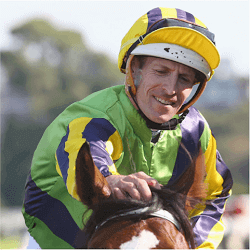 A soft track made many races unpredictable at Royal Randwick’s Queen Elizabeth Stakes Day on Saturday, but there were no surprises in the $4-million Group 1 main feature over 2000m. Australian punters could not have been overly thrilled at Winx’s starting price of $1.20, her lowest ever, but there really wasn’t much point in backing anyone to beat the champion mare.

She romped home more than five lengths clear of the field, giving jockey Hugh Bowman his second win of the day: in the previous race, the Group 1 Australian Oaks, his mount was 3-year-old filly Bonneval, and they won by four-and-a-half lengths.

The Queen Elizabeth Stakes win marks the end of two perfect seasons for Winx; the 5-year-old is now on an unbroken winning streak of 17. That puts her fourth on the record books, after Black Caviar on 25, Desert Gold on 19 and Ajax on 18. At this rate, she may eclipse even legendary Black Caviar within a year or two.

Saturday also marked her sixth Group 1 win in the season, which equals the records held by Black Caviar, Weekend Hussler and Kingston Town. With 12 Group 1 wins in total, Winx is also closing in on Black Caviar’s record of 15 majors, and with her career earnings boosted to $12,708,930 by Saturday’s prize money, she is less than $2-million behind all-time record-holder Makybe Diva.

Unfortunately, a fatality cast a cloud over Queen Elizabeth Stakes Day too. The Group 1 Sydney Cup over 3200m was the next race, but it had to be abandoned after 6-year-old entire Almoonqith broke a leg leaving the home straight.

Jockey James Doyle fell heavily, and Blake Shinn was also dislodged from Who Shot Thebarman. Almoonqith had to be euthanised, although fortunately no other horses or riders sustained injuries. The race was abandoned, and will be rescheduled shortly.

The tragedy cast a pall over the last two races of the day, including the Group 1 Queen of the Turf Stakes over 1600m, run as the Coolmore Legacy Stakes. In the last major of the day, favourite Silent Sedition faded to fourth place, while the race was won by 3-year-old filly Foxplay at $7.70.