Queen of the Turf Stakes Update 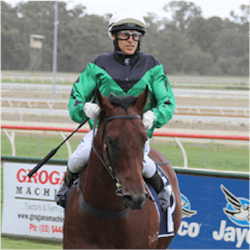 Silent Sedition Ready For Queen of the Turf Stakes

Consistency is probably one of the most important elements for punters and trainers. There are few more consistent competitors in horse racing that the aptly named Silent Sedition. Expectations are high for the mare that will be running at this year’s Queen of the Turf Stakes.

This is her first race after a very narrow win at Moonee Valley for the William Reid Stakes. She was up against the powerful and equally aptly named Hellbent yet managed to get a lead for a win.

Silent Sedition’s trainer, Andrew Noblet, is positive for her performance at the Queen of the Turf Stakes despite no competitor since Typhoon Tracy seven years ago coming off of a non-Sydney race lead-up.

He was completely caught off guard by her victory at the William Reid Stakes. He told AAP that Silent Sedition simply competed as otherwise it would have been a month between her runs.

He of course had hopes that she will finish top three but seeing her grab the win from Hellbent has convinced him that she can pull a back to back victory at the Queen of the Turf Stakes.

Many trainers are concerned about the track moisture level on Saturday. Thompson is not too concerned, as Zanbagh loves the wet conditions. His stable mate, First Seal, is not so adept at these conditions however. The Randwick track was rated a heavy 9 on Wednesday and currently more showers have been forecast for the weekend, meaning the Queen of the Turf Stakes may very well be an unpredictable event.

Zanbagh and First Seal currently have double figure odds on a win at the Queen of the Turf Stakes. Silent Sedition is at the top of the group, followed by Foxplay, Dixie Blossom and the Silent Sedition rival, Heavens Above.

Foxplay and Oregon’s Day will both be running with a 54.5kg weight while the rest of the 18 horse field will be running with 57kgs. This year’s Queen of the Turf Stakes is set to be another nail biter.