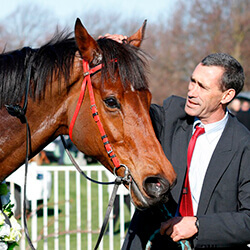 Shamal saw victory at the 144th Grand National Steeplechase that took place at Riccarton. The Ken Duncan-trainer eight-year-old stuck close to the rails throughout the race as rider Buddy Lammas positioned him behind the solid pace of fellow stable-mates Amanood Lad and Kings Deep. Shamal never saw another inch of extra ground during the race until Lammas steered him to make the final push.

Not long after Lammas’ move, Tai Ho quickly joined in and the two ran together for the last of the track, fighting it out for the honoured title. Shamal managed to pull ahead just as the race had ended, marking it the biggest win for his 38-start career so far.

After the race, Lammas told reporters that he was confident that they would win the race once Shamal had gotten going. The rider, who has ridden Shamal to victory in previous events, such as the Manawatu Steeplechase at Trentham, is riding the horse for the second time this season.

Lammas also explained that the decision to bring Shamal to the Grand National in Riccarton was made late in the season. The improved track conditions agreed with both rider and mount, and they managed to make a strong start and hold steady until the end.

Trainer Ken Duncan has seen a number of successes over the years, including Wee Biskit in the 2014 Great Northern Hurdles, as well as consecutive victories at the 2015 and 216 Wellington Hurdle events.