She Will Reign using William Read Stakes as Preview 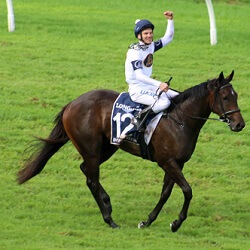 Gary Portelli will be using the William Reid Stakes on Friday as a gauge to decide which race will be the target for She Will Reign at the Championships next month in Sydney.

The winner of the 2017 Golden Slipper has already triumphed in a Group 1 race at Moonee Valley against the older horses in the Moir Stakes, and has been pleasing Portelli since she failed at the Oakleigh Plate.

Portelli said that She Will Reign really got around the Valley well in the springtime, and, if she was able to win, the TJ Smith would have to be considered. He added, however, that his gut was telling him that she would be even better in 2019.

He went on to say that you look after the horses, and they look after you. He stated that it was a tough job taking on the gun sprinters constantly, and She Will Reign could well drop back to the Arrowfield Sprint, where she would only have to take on the three-year olds. He finished off by saying that she was flying, and that he fully expected a good run at the William Read Stakes on Friday.

In Her Time May Eclipse Rivals in The Galaxy

Ben Smith is hoping that In Her Time’s turn is coming when she lines up in the Rosehill Galaxy this coming Saturday. He stated that she had been close more than once, and that her time has come. He added that the horse had really grown in her time off of the field, and weighed in at 520 kilograms now.