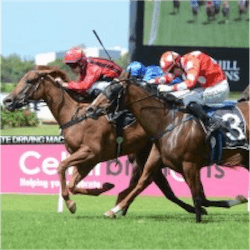 It’s a community affair at Mighty and Power Race Day at Royal Randwick this Saturday, so the course should be packed with locals enjoying the spring racing carnival. The excitement extends well beyond Sydney, of course; online betting fans will also be getting in on the action all over Australia.

One of the hottest races of the day looks set to be the Silver Shadow Stakes, a 1200m Group 2 set-weights-and-penalties sprint with total prize money of $200,000. It’s restricted to 3-year-old fillies, making it a great indicator of young sprint talent to watch, and the 2017 field numbers just 10.

Godolphin’s Alizee, trained by James Cummings, is currently the favourite to win on Saturday, with her odds at around $2.90. Sired by Sepoy out of Essaouira, Alizee won her first race in four starts, despite carrying top weight, at Warwick Farm on 02 August: the 1100m Everest Is Coming Maiden Handicap. Prior to that, her best finish was a second over 1200m at Rosehill in March.

Lindsay Park’s senior trainer, David Hayes, has two stablemates running in the Silver Shadow Stakes: Tulip and Formality. Along with another Lindsay Park filly, Catchy, who is off to Melbourne this weekend, the two promising sprinters proved that the girls are faster than the boys at a recent 1000m Cranbourne trial. All three fillies finished ahead of the colts in a field of eight.

Champagne Cuddles the Best of the Rest

New South Wales filly Champagne Cuddles, trained by Bjorn Baker, has only raced twice to date, but has an unbeaten record. She won the 1100m Pierro Plate at Rosehill on debut in October 2016, followed by Randwick’s Club Redfern Plate over 1000m in June. She is also at $4.80 for the Silver Shadow Stakes.