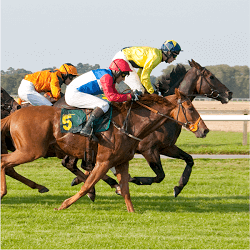 Everything You Need to Know About TABtouch Perth Cup Day

TABtouch has stepped in this year to sponsor the much-anticipated Perth Cup. The TABtouch Perth Cup Day will commence on the 31st of December 2016 at Ascot Racecourse in Perth, Australia.

With a whopping 500.000 US dollars total prize purse, the TABtouch Perth Cup Day attracts attention from around the globe. Punters from Australia and the rest of the world will have a feast of spectacular wagering possibilities available to them on race day.

The TABtouch Perth Cup Day first inaugurated in 1887 has a long and rich history. The Group 2 thoroughbred race is run over 2400 meters and features open handicap conditions.

Prior WA lead up races to the TABtouch Perth Cup Day include the Group 1 Kingston Town Classic, which is run over 1800 meters and the Group 2 C.B Cox Stakes event run over a distance of 2100 meters.

Destiny Ahead For Delicacy

Delicacy has been in superb form in December 2015 and January 2016 claiming victory in the C.B Cox Stakes and Perth Cup events in a single season. A notable winning pedigree cut short by devastating injury. The mare was badly injured just after the Perth Cup race and her future at this stage is uncertain.

2016 is a special year for the TABtouch Perth Cup Day, the event will see two instalments, one early in January 2016 and the other held on New Years Eve.

The January TABtouch Perth Cup Day was packed with thrilling races and surprise winners. December’s instalment is set to be one of the main calendar events for all sports enthusiasts looking for wagering opportunities.

Delicacy is ruled out if the December 31st instalment of the TABtouch Perth Cup. Other horses to consider for the event, judging on past years would be Real Love who placed in third in January’s event earlier this year, and was the 2015 victor. The thoroughbred may have more fuel in the tank come December 31st.

Bob Peters, owner of Delicacy a champion horse who stole the hearts of horse racing fans and the first prize in the January TABtouch Perth Cup Day is uncertain of his newcomer Perfect Reflection and her chance of running on December 31st.

Perfect Reflection has shown consistent performance and hungry will within other races on the calendar.

Punters should keep a keen eye on the mare. With thoroughbred Champion experience Bob Peters could be preparing Perfect Reflection for the number one spot once more.