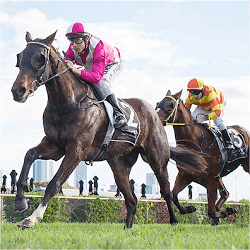 If you want to make the most out of your day at the races, be sure and take advantage of the private and on-course dining facilities provided at the Ascot Racecourse. The picturesque setting means that you can take in the expansive views from wherever you happen to be dining –whether it is on the other side of the track, Swan River way, or right at the winning post itself.

The Ascot Racecourse’s menu and hospitality options have been designed to suit the beautiful environment, and you can tailor your TABTouch Perth Day Cup 2016 experience with some of that city’s finest local and seasonal produce when you dine at the facilities made available.

The TABTouch Perth Day Cup is a Group Two horserace for Thoroughbreds which is run under quality handicap conditions over a 2 400 metre distance. It takes place at the Ascot Racecourse in Perth, Australia, usually on New Year’s Day, but taking place on Saturday the 31st of December in 2016. The prize money for this race stands at $500 000.

There have been numerous changes in the distance that the TABTouch Perth Day Cup takes:

The grade for the TABTouch Perth Day Races has also changed a number of times:

Delicacy took first place in the 2016 TABTouch Perth Cup Day Races, and odds are available on the likely winners of this year’s competition at various online and land-based bookmakers catering for punters interested in this event.