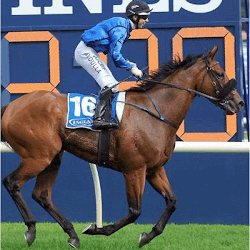 The Villiers Stakes is a Group Two horse racing event that happens each December at the Randwick Racecourse, situated in New South Wales, Sydney. It is run over a distance of 1 600 metres, and holds a purse of $250 000 for the lucky winner. The Villiers Stakes of 2015 saw Happy Clapper take the first place; Tinto third; and It’s Somewhat drawing up in third position.

A gifted field of eighteen-milers has been fixed for the Group Two Villiers Stakes race set for Saturday. This field is highlighted by the addition of a number of horses on the lookout for a ballot-free entry into the Doncaster Mile of 2017.

Included in the Running

Adrian Bott and Gai Waterhouse have both been very happy with Fabrizio’s results as posted in 2016, and have established that the more than able five-year old is part of the Villiers Stakes field.

Fabrizio secured seven wins and a minor through only 11 competitive meets so far. This High Chaparral gelding recommenced in August for a very classy win in the 1 200 metre McGrath Estate Agents (BM72), and placed a reliable fourth amongst the very capable company in the 1 400 metre Rosehill Bowling Club (BM78).

His return to winning form in the 1 600 metre #Theraces (BM84) was a strategy intended to open a large lead in the 1 600 metre Group One Epsom Handicap, but this didn’t pay off, as he faded along the final straight and finished in tenth place. He has, however, since been able to atone for this with easy wins in both the 1 600 metre Bartier Perry (BM93) and 1 800 metre Listed James Boag’s Symphony Stakes recently.

Tim Clark, the in-form hoop, will take Fabrizio, and he may be in need of a little early luck in order to find a forward position from barrier number 11.

Dibayani has managed to produce several strong efforts over the length of a mile in spring, but will need to bring his best to Saturday’s track after he was allocated a topweight of 58 kilograms for the Villiers Stakes field.

Resuming for second in the Group Three 1200 metre Aurie’s Star Handicap on the sixth of August, the Shamardal gelding managed to place third in the 1 400 metre Group Two Tramway Stakes on the third of September, but unluckily did not manage to break through for a maiden win at the highest possible level when he was bobbed on the line in the Epsom Handicap by Hauraki.

The full field for the Inglis Villiers Stakes Day race is as follows: