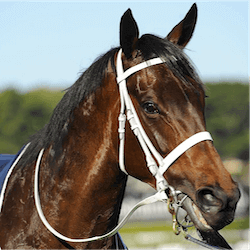 Racing fans are looking forward to seeing the performance of the near legendary Winx. She will be racing on Saturday at the Queen Elizabeth Stakes Day as part of day two of The Championships. Widely considered to be the world’s best turf horse, she is surely the star attraction.

Trainer Chris Waller is ecstatic with Winx’s performance this autumn season. She has been powering through a near faultless spring that finished with her snatching a second Cox Plate win.

Racing fans see her as a clear favourite to take home the $4 000 000 prize at the Queen Elizabeth Stakes Day, but she will be facing stiff competition from some very impressive rivals. Her competitors include the consistent Hartnell and the American fan favourite, Happy Clapper.

It is not just the seventeenth straight win for Winx that will keep fans glued to their seats and screen’s. Many punters are also concerned, as this will be the first race to feature Winx performing with synthetic hoof filler.

An Assurance For The Team

The filler was only applied to Winx’s off-fore hoof and only as a precautionary measure, but any weakness makes fans and trainers nervous, especially when you are due to perform at the Queen Elizabeth Stakes Day.

As Chris Waller explained to the Associated Press, the synthetic hoof filling will give the farrier a bit more room to work with in order to ensure that the horse’s shoe does not run any risk of falling off. Obviously this will be essential at the Queen Elizabeth Stakes Day since Winx’s rivals will be hungry to break her streak.

Stewards from Racing New South Wales echoed the same sentiment in their official press release regarding the synthetic filler. They stated that the filler was applied simply to make the life of the farrier easier and to ensure a snug fit for the show.

The Proof In The Pudding

Winx additionally completed a public gallop on the 1st of April, the next day after the filler was applied. Winx’s regular rider, Hugh Bowman, along with Chris Waller were both more than happy with her performance on the gallop, but of course the real test will be at the Queen Elizabeth Stakes Day.

Waller also added that Winx loves her pre race gallops. It has been three weeks since her last race and the gallops help her clear out the cobwebs. With WInx as the favourite amongst punters and bookmakers alike for the Queen Elizabeth Stakes Day, it seems that a near perfect season is in her stars.