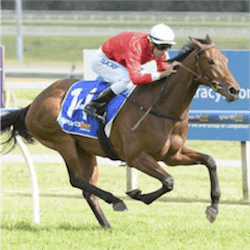 Zanbagh Ready for Queen of The Turf Stakes

Hugh Bowman will be riding Winx for the foreseeable future but showed an appreciation for the past when he guided Zanbagh to another Emancipation Stakes win at Rosehill. Dressed in the classic Tait family red and white silks, Bowman seemed to wind back the clock when he and Zanbagh pipped Daysee Doom to the finish by a head in one of the most historically significant races to date.

Speaking to the press, Bowman said that it felt great to win the race in honour of Emancipation, the mare his old boss Ron Quinton used to ride. He sympathised with the former jokey turned trainer after Dixie Blossoms who was sitting at odds of 3.40 came in third. Bowman said he was able to knock him off on the day but that was just how racing work. The win puts Zanbagh in a good position for Saturday’s Queen of The Turf Stakes.

Getting to Grips with the Odds

The betting for the Queen of The Turf Stake is traditionally led by Group 1 performers that come out of the 1500m race at Rosehill. While the Coomore is a handicap race, the Queen of the Turf is a weight for age race. This means that it is important to look for fillies and mares with weight for age form. Since 2001, no winner of the race has finished in worse than sixth place in the lead up race. In fact, last start winners tend to dominate the odds with five of them winning between 2008 to 2016.

The Queen of the Turf Stakes has seen more winners from four-year-old mares than any other horse. This includes six of the seven races between 2010 and 2016. The race had a purple patch for the favourites between 2004 and 2012 where they won all but one edition. 2013 marked the first of three upsets including the famous 40/1 Diamond Drille win in 2014. Punters were back in the money in 2016 though when Azkadellia after being the shorted priced horse in the race.

The 2017 Queen of The Turf Stakes Field