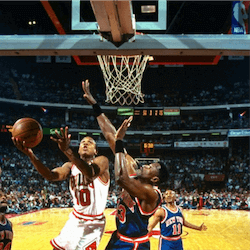 The NBA playoffs are less than two weeks away. The seeds are finally falling into place and the picture is become a lot clearer. Here is what we know about each team and if they will be able to make it to the all-important semi-final stage of the competition.

In the East, Boston is back in the top spot, hanging on by half a game over Cleveland. Of the two teams, Boston has an easier schedule remaining. The two teams will meet each other in a crucial clash to determine the number 1 seed. If the Cavaliers take the tiebreaker, Boston will tie the series and take a significant lead with a few games left to play.

Portland has worked their way up to eighth seed in the Western conference after beating Denver earlier in the week. This was helped by Denver losing to the Hornets. While they might have lost Jusuf Nurkic for the rest of the regular season, they should have done enough to make it through to the playoffs without much stress.

Golden State Lead in the West

The Golden State Warriors are holding the number 1 spot in the Western Conference with Spurs in second and the Rockets in third. Things got a little complicated with the Eastern Conference this week. The Bulls have now dropped to seventh, one game down from sixth. They Hornets are one game back and looking in strong contention for eighth.  If the Pacers, Heat and Bulls tie, the Bulls will get the highest seed. If the Hawks get the tiebreaker, the Bulls could very well slide to the bottom.

After the Thunder lost to San Antonio, the Utah’s Jazz has a good chance of staying in the 4-5 matchup. This was certainly helped by their win over the Wizards. It looks like we are going to have a Clippers-Utah 4-5 with the Jazz leading by half a game. One more loss for the Jazz and the clippers will have home court control.

Meanwhile the Grizzlies clinched their playoff spot on Friday evening. In the Western Conference, seven of the eight spots have been sorted, although they are not locked at this point. San Antonio have the second seed after a convincing win over the Thunder. Both Dallas and Minnesota were eliminated by tiebreaker while Toronto moved into their position with a win over the Wizards.