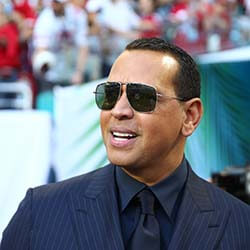 Three-time MLB MVP Alex Rodriguez has reportedly entered a bid along with billionaire business partner Marc Lore to purchase the Minnesota Timberwolves from current majority owner Glen Taylor. The deal is apparently now in its final stages, and once completed, will see the new owners take control after 2023.

According to prominent sportswriter Adrian Wojnarowski, the deal is thought to be valued around a giant $1.5 billion.

Rodriguez and Lore say in a recent statement they’re excited about entering the final negotiations stage of the process and are thrilled at the prospect of getting to work alongside the Timberwolves and getting to know the players and the fans.

Rodriguez earned more than $400 million from his 22-year-long career in the MLB.

Glen Taylor, in turn, also owns the WNBA’s Minnesota Lynx, but confirmed in last year July that he could be looking at offloading both teams in the near future. He also confirmed having been approached by The Raine Group in order to discuss the future of the Timberwolves and Lynx franchises, saying he’d be more than willing to entertain any opportunity that would make for the evolution of either or both teams.

Taylor has however made it clear that he would not be interested in selling either team to any buyer looking to move a team. The teams will remain where they are, he said, which is a condition of sale that will never change.

Keeping the teams in Minnesota means having good teams at home, said Taylor.