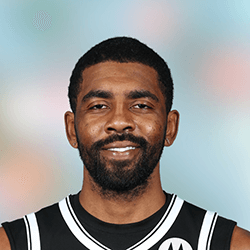 NBA star Kyrie Irving says refusing to be vaccinated is all about doing what’s best for him personally.

The Brooklyn Nets announced earlier this week that the star would not join the team on the court this season because of his not being entitled to participate in home games because of state-wide legislation. New York regulations require all athletes playing on the city’s state teams to be vaccinated if they’re to practice or play in venues at home.

Irving now faces losing at least half of his annual salary for the year because of the NBA’s no-play, no-pay rule. He said on Tuesday while nobody wants to lose half their income, important issues aren’t always “about the money”.

Irving has shied away from reporters ever since his team’s media day on September 27. He at the time revealed during an online briefing that he required privacy on the issue of vaccination, while adding this week that his decision stemmed not from any political views or distrust in the world of science. He said he considered it a matter of principal and the freedom to choose.

The Nets have in the meantime said they’re ready to welcome Irving back into the squad – but only under the “right” conditions.

While Irving hasn’t revealed exactly how he proposes to get past the issue of vaccination, he said he has no plans to retire right now and that he wanted to continue inspiring a new generation of young players.